Does the Netherlands have the Right Idea for Elder Care? 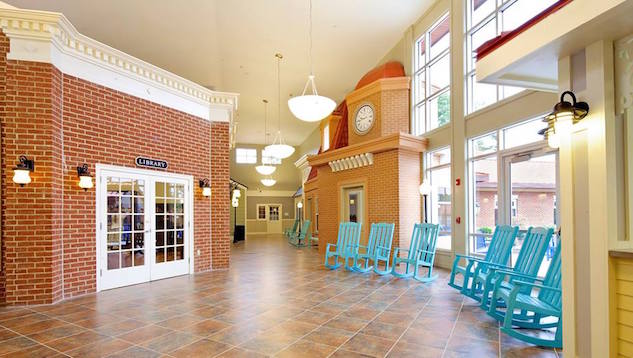 The Netherlands, as it happens, ranks tops in long-term care provision among developed countries — if your metric is total spending level, where it ranks first at 3.7% of GDP or projected future spending, or total projected spending in 2070, where it comes out at 6% of GDP, second only to Norway (7.1%).

Is the Netherlands getting its money’s worth from its spending, and are they protecting elders from the impoverishing effects of out-of-pocket spending, and their children from the burdens of caregiving? Forbes’ recent article entitled “Can The Dutch Example Help Us Improve Long-Term Care And Manage Its Costs? Maybe” says that when investigating further, it’s not hard to find articles praising the Dutch approach to eldercare. Its “Dementia Village” has received a lot of press for its patient-friendly approach of creating a secure, “Truman Show”-style community where seniors can spend time at the town square or shopping at the grocery store. They also live in individual homes styled in the manner of their youth.

Richmond’s “The Memory Center”, associated with St. Francis Hospital and pictured above, borrows part of the Dutch “Village” or “Main Street” concept (but not the Dutch financial system in support of long term care).

An expert on eldercare at Access Health International described her experiences in a visit to the country. She said that the organizations she visited focused on well-being, wellness and lifestyle choices –all hallmarks of the Dutch approach to eldercare. They focused less on the medical aspects of chronic and long-term care. The groups didn’t consider themselves to be part of the curative branch of the healthcare system—these healthcare professionals only focused on patients’ individual capabilities, freedom, autonomy and wellness.

The article took a look at the FICA-equivalent taxes in the Netherlands with data from the Social Security Programs Throughout the World, at the Social Security website. For old age, disability and survivor’s benefits (the U.S. Social Security-equivalent), the Dutch contribute 20% of their pay, to a max of $37,700. Employers pay 6.27% of pay, up to $60,600. For medical, the system is a hybrid one. The workers buy private insurance. Employers pay 6.90% of covered payroll (with no limit), and the government subsidizes the benefits. As far as long-term care, workers pay 9.65% of earnings up to $37,700.

A World Bank consultant gave a more detailed review of the Dutch system in a 2017 paper entitled, Aging and Long-Term Care Systems: A Review of Finance and Governance Arrangements in Europe, North America and Asia-Pacific.

The first social insurance benefit for long-term care, the Exceptional Medical Expenses Act was implemented in 1968. In 2014, 5% of Dutch people received benefits through the program, but the cost of the system had increased. At first, the Dutch government initially tried to control costs with budget caps, until a 1999 ruling outlawed these. As a result, costs grew from EUR 15.9 billion in 2001 to EUR 27.8 in 2014, even though there were cost-control efforts, like increases in copays required from middle- and upper-income families and tightening of eligibility criteria.

In 2015, the Dutch government totally overhauled its system with the Long-term Care Act. This law had a new administrative structure, changes so government pays for more services, more home support instead of nursing homes when possible, and other cuts and freezes in reimbursement rates.

As a consequence, the English-language site Dutch News reported in 2017 that “At least 40% of Dutch nursing homes and home nursing organizations are making a loss and overall profitability across the healthcare sector has more than halved, according to accountancy group EY,” as reimbursement rates drop and (since the less-frail elderly are more often being cared for at home) nursing home residents need more help.

Elder care isn’t free of charge, but the rates are based on income and, at a maximum, are still much lower than American private-pay nursing home or home care costs ($2,500/month). Therefore, copayments by families are 8.7% of total spending. Thus, taxes are higher, but the direct out-of-pocket costs of care in the Netherlands are substantially lower than in the U.S.

The Netherlands’ systematized provision of home care and attempts to provide home-like nursing homes are appealing. However, it’s still not known if the country’s 2015 reform will control costs to ensure its programs are sustainable in the long run. Further, the fact that this reform was required supports the notion that an expansive government program isn’t as simple as its proponents would like it to be.