Cat Is Fighting for Her Inheritance? 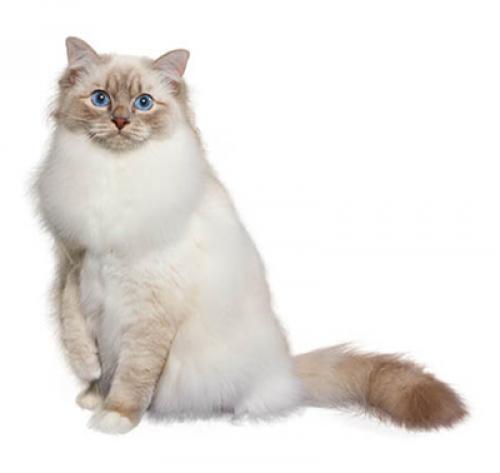 The fortunate cat has starred in magazine spreads, had makeup lines named in her honor and is the inspiration for the novelty novel Choupette: The Private Life of a High-Flying Fashion Cat.

A year later, and the estate of Chanel creative director Karl Lagerfeld is not yet finalized. However, some details have emerged that, while Lagerfeld’s cat Choupette is an heir, she isn’t the only one who will inherit a share of Lagerfeld’s grand fortune.

Let’s hope curiosity doesn’tkill the cat. Probate can drag on.

The seven beneficiaries are trying to access Lagerfeld’s assets that include real estate in Paris and Monaco, a bookstore and designer furniture.

Choupette is a blue-cream tortie Birman cat who was owned by German fashion designer Karl Lagerfeld from around December 2011 until Lagerfeld’s death in February 2019 at the age of 85.

The designer’s feline has her own agent and, according to The New York Times, at the height of her fame she had two minders, a bodyguard, a concierge veterinarian and a personal chef.

Wealth Advisor’s article entitled “Karl Lagerfeld’s cat is locked in inheritance battle” says that Lagerfeld’s “trusted” accountant for many decades, 87-year-old Lucien Frydlender has been named to manage the creative director’s finances. In addition, Frydlender is responsible for distributing the estate, according to Lagerfeld’s will.

However, an investigation by French publication Le Parisienfeatured in Voici magazine found that Frydlender hasn’t been taking calls from the beneficiaries. The magazine also says that “after closing his office in September 2019, the former collaborator of Karl Lagerfeld has simply disappeared from the radar,” raising questions for those involved.

Frydlender’s wife has defended her husband and assured the public that there’s nothing suspicious going on. She says he’s not “on an island paradise with a hidden treasure.” Instead, she tells reporters that he’s “very sick”.

When Choupette the cat will get her inheritance and what that will look like is unknown. It’s been more that a year since the death of her owner, Lagerfeld. Choupette fans have been concerned for the pet, but the cat isn’t scrounging in garbage cans: she made over $4 million in 2015.

“People came by the store and said how sad they were, and half of it was about Choupette,” Caroline Lebar, head of communications for the Karl Lagerfeld brand, admits. “They’d say, ‘If she’s alone, I’ll take her home.'”

However, Lebar promises Choupette is in safe hands, living in Paris with Lagerfeld’s former housekeeper Françoise Caçote. “She is in good shape, and is surrounded by love.”

Be aware that, in Virginia, you can leave funds to someone to take care of your pets who survive you, but you can’t leave money directly to your cat! Ask an experienced estate lawyer how to provide for your pets, such as in a pet trust.

PrevPreviousHow Does Planning for a Special Needs Child Work?
NextEstate Planning Is a Gift and a Legacy for Loved OnesNext